In a preview post, I published a video of Shereen El Feki speaking in a TED conference, video that I translated into French a couple of months ago.  In this conference, Shereen was talking about the Ninety Nine, a group of superheroes inspired by islamic values.

Now, it is Dr Naif Al-Mutawa himself who is the invited speaker of a new TED talk about his own creation.

END_OF_DOCUMENT_TOKEN_TO_BE_REPLACED

Shereen El Feki : creating a gathering place for Arabic people and the rest of the World

Samuel Huntington’s Clash of Civilizations showed the war between civilization as unavoidable, something engraved in the core of geopolitics since the beginning of times…  A lucid examination of history shows something rather different : cultures and civilizations always exchange, giving to and borrowing from each other, excluding some elements and integrating some others according to the proper dynamics of their own evolutions.  The Arabic and Muslim world is no exception to this rule and is re-interpreting elements from modernity according to local needs and conditions, “to produce novelties which are neither conventionally Western nor traditionally Arab“.

Shereen El Feki, half Egyptian, half Welsh, is observing these side effects of globalization. “Her passion lies in the many projects in which she is involved which aim to better understand, and surmount, the social challenges facing Arabs, particularly young people”.

In this video, published by Ted India, she is showing some examples of these borrowings.

END_OF_DOCUMENT_TOKEN_TO_BE_REPLACED

WWW : worldwide, but not universal… so far!

Posted on November 16, 2009 by Marco Bertolini | Leave a comment

If the World Wide Web is a worldwide and global information system, so far it was all but universal.  People could only write in Latin alphabet whatever language they used and whatever writing system they were taught in.

Egypt just put an end to the Western writing system domination by publishing the first domain name in Arabic. 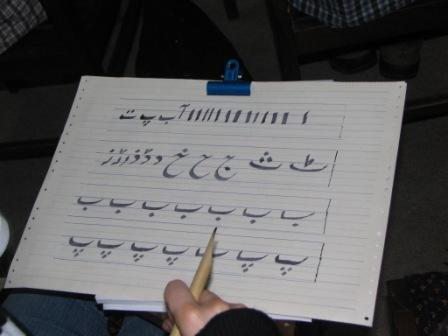 As the ICANN (Internet Corporation for Assigned Names and Numbers) opened registration for non-Latin domain names, Information Technology Minister Tarek Kamel said at a U.N. sponsored Internet conference that his government had filed an application to register the domain “.masr” – or “.Egypt” — written entirely in Arabic.

It took six years of discussions and technical work to get ICANN to the point of approval, even if most than half of the 1.6 billion Internet users don’t write a Latin alphabet based language…  The Chinese are the most numerous Internet surfers outside the Latin realm.

This opening towards non-Western writing systems is meant to allow many Eastern languages speakers to surf on the Net in their own idiom, but, in the same time, it will close access to Westerners.  So the big Internet Ocean will look more like real world with its geographic and cultural diversities…